Art exhibits of life-sized cows from a myriad of artists, with auctions at the end of the event benefiting charities.
For the Cow Parade, I chose to paint a repetition of dancing Chilies in different colors as a meaning of integration. Boston is a city of diversity with a wide variety of cultures, opinions, ethnic groups and socio-economic backgrounds. It is not uncommon to hear the heat of a tune from South of the Border as one walks along the crowded streets, or to taste the spice of a “Chili con Carne” as one sits down for a hearty meal. The Chilies are painted in different colors to represent Boston’s multiracial community and give a little bit more spice to the mix. I called my cow Chilies Con Carne 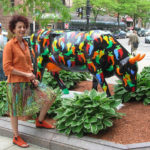 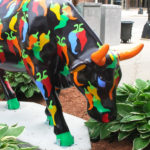 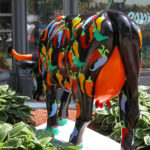 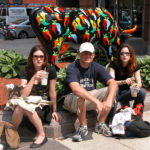 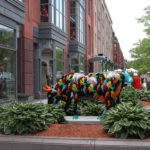 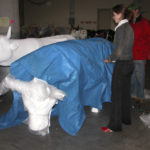 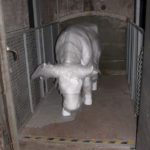 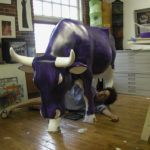 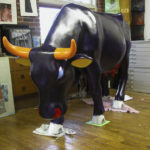 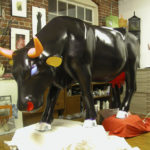 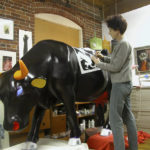 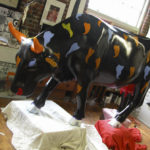 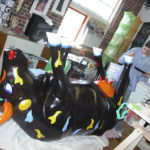 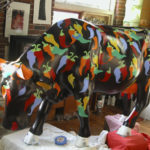